The death of a dog is never a time to celebrate. Not ever. But, what if that dog’s death can sweep through the hearts of enough people that a major change comes about, which means no dog will ever have to suffer in a puppy mill again? While we wouldn’t celebrate the dog’s passing, we would be all out fandangling over-the-moon-and-back happy over their legacy of awakening change. Especially if the dog in question had suffered most of their years on earth in the crazy world of human cruelty that is the puppy mill industry. It would be a tall order for any dog to leave this kind of legacy, but if there’s a dog who might just impact sufficient numbers of hearts and mind, it’s Lil Olive who died this weekend in Colorado.

Lil Olive, a fragile, tiny, Italian greyhound, was rescued in 2011 from a Missouri puppy mill after spending twelve years in a small wire cage, being bred successively and forced to churn out her puppies for sale in the puppy trade. For twelve years her world was contained within the wire mesh of the mill where she suffered physical pain, neglect, trauma and emotional agony. All this, as her life as the companion she should have been for all those years was kept from her. But her stunted, scarred, abused body hid an enormous, strong spirit which kept her alive, and just about well enough to get out to freedom when her rescuers came.

When she was first adopted by Pam, it wasn’t at all certain that Lil Olive would have long to enjoy her freedom before death would steal her away. She’d suffered dreadfully in her years in the puppy breeding industry, and the grim toll it took on her body was hard. She had lumps, scars, bad hips, tumours, a mouthful of rotten teeth and a large mammary tumour. But, Lil Olive decided that she was going nowhere fast once she settled into her first and only home and came to enjoy a handful of years of untold love and perfect care with Pam and her family.

Pam has shared Lil Olive’s life – and passing – with hundreds of thousands of people across the world through Lil Olive’s Facebook page with the intention of raising awareness about what the breeding industry did, and does, not only to Lil Olive, but to all the many thousands of other dogs, most of whom will never get out of the puppy mills alive. Lil Olive’s page sits amid all the many thousands of social media sites that are dedicated to promoting animal welfare and raising awareness of cruelty to our furry friends, but it stands out as one of the few gems of specialness and ranks above the ordinary. She was extraordinary, her page reflects this. 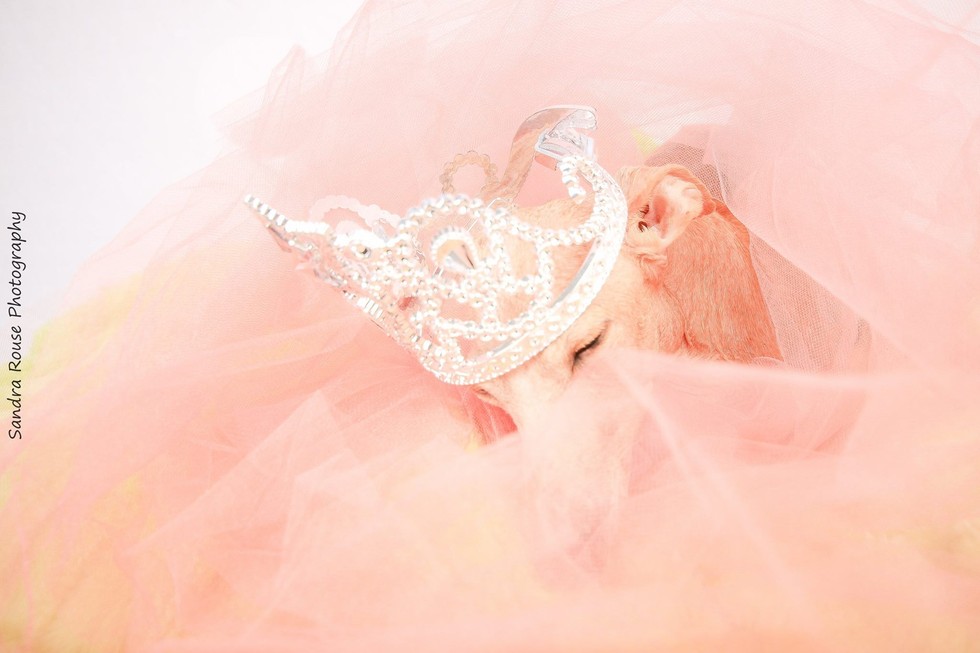 Pages like Lil Olive’s are a rarity among the mediocrity. They’re the ones that make a difference, a real and lasting difference and they do it by reaching into our minds and staying there. They affect not only our thoughts but, and this is essential if animals are to benefit, our actions.They make us sit up and want to do something to stop the cruelty that so many modern animals are caught up in. Lil Olive’s is one of these. It goes beyond a hackneyed rehashing of memes which is so often found in the online world of clichés. It’s given followers a true and honest picture of life with an abused puppy mill dog. Lil Olive’s story is one based firmly on foundations of genuine compassion and love.

And as Lil Olive runs free for the first time ever, and many thousands mourn her, she leaves behind a legacy with the potential for great things to come from her life and death. It may well trigger such a powerful groundswell of compassion that change might speed up. Thousands are paying tribute to Lil Olive, in words and pictures, prayers and memories that demonstrate a depth of human compassion for one little dog who was for twelve long years, nothing more than a cash machine for her breeders. In just a few hours, her Legacy of Love fundraiser has raised almost $20,000.

The words of the Pulitzer Prize winning poet, Mary Oliver in her poem “Her Grave” are a fitting tribute to this one, tiny dog.

“How beautiful is her unshakable sleep.

The slick mountains of love break over us”. 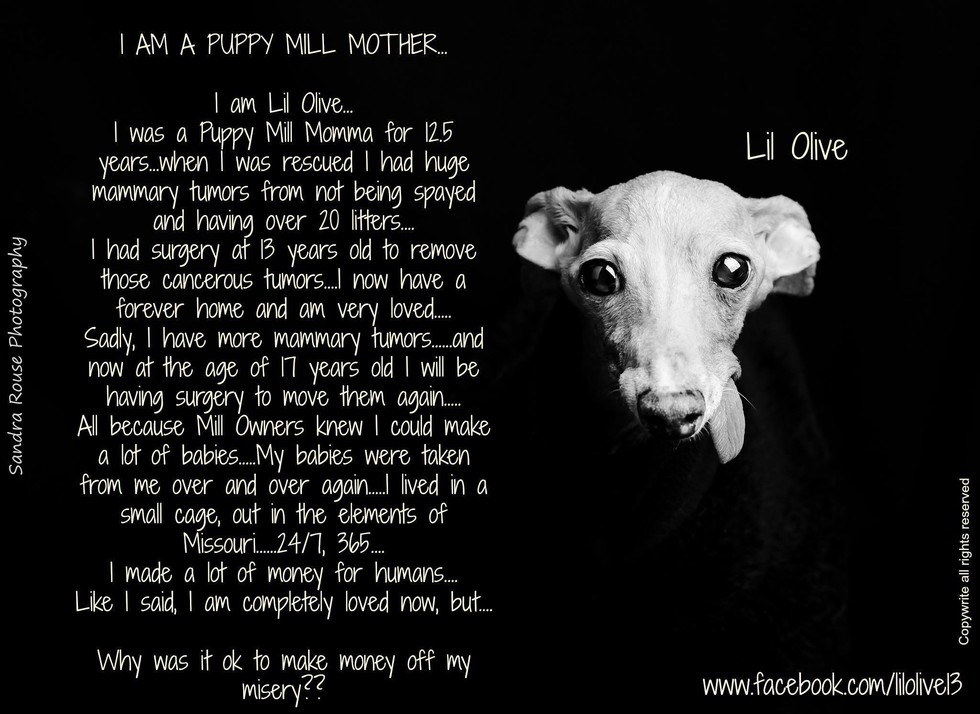 Thank you to Pam and Sandra Rouse Photography for allowing me to use the pictures of Lil Olive in this piece.

This has also been published on The Dodo